I’m increasingly astounded by the stories that the big animated studios have been releasing recently. While this was primarily marketed as a children’s story, it had a lot more depth than its ancestors such as Madagascar or Cars. The movie helps children (and their parents) learn about their emotions and memories. It brushes the surface of the complex issue of depression while maintaining a light and funny vibe that will keep the kids (and myself) laughing throughout. While normally I’m not a fan of animated films, this one struck a resounding chord in me. Check out this oscar award winning movie if you haven’t already.

What an incredible series. It’s like Star Wars and Divergent got together for some baby-making while the Hunger Games watched from the corner. I honestly can only tell you it’s dystopian science fiction set on a terraformed mars in the not too distant future. I don’t want to spoil anything for you because I went into it not expecting much and knowing nothing about the first book and it was so much I was not able to put them down. I blew through the trilogy in less than a week and just writing about it has me itching to give it another read through. Definitely one of the best dystopian series out there right now. Take the chance to read this before the movie comes out as Universal bought the rights in Feb 2014. This quote literally sends shivers down my spine. Or was that an obsidian?

This is a classic Chinese Taoist spiritual text that according to tradition was written around the 6th century BC but has only been reliably dated to around the 4th century. Attributed to a singular author: Lao Tzu whose name is actually an honorific title which most closely translates to the ‘Old Master’. I am unfortunately unable to read Chinese so instead read Raymond B. Blakney’s 1955 English translation. It communicates wisdom that is entirely relevant today about living a lifestyle of virtuous action and giving respect to nature. I first read it about a month ago and have since re-read it multiple times. It isn’t very long and yet contains so much wisdom that I feel that I’ve learned ten new different things after each read. As with all spiritual texts, try to go into this with an open mind if you do decide to pick it up and also keep in mind it was written over 2400 years ago.

“Endurance is to keep one’s place;
Long life it is to die and not perish” 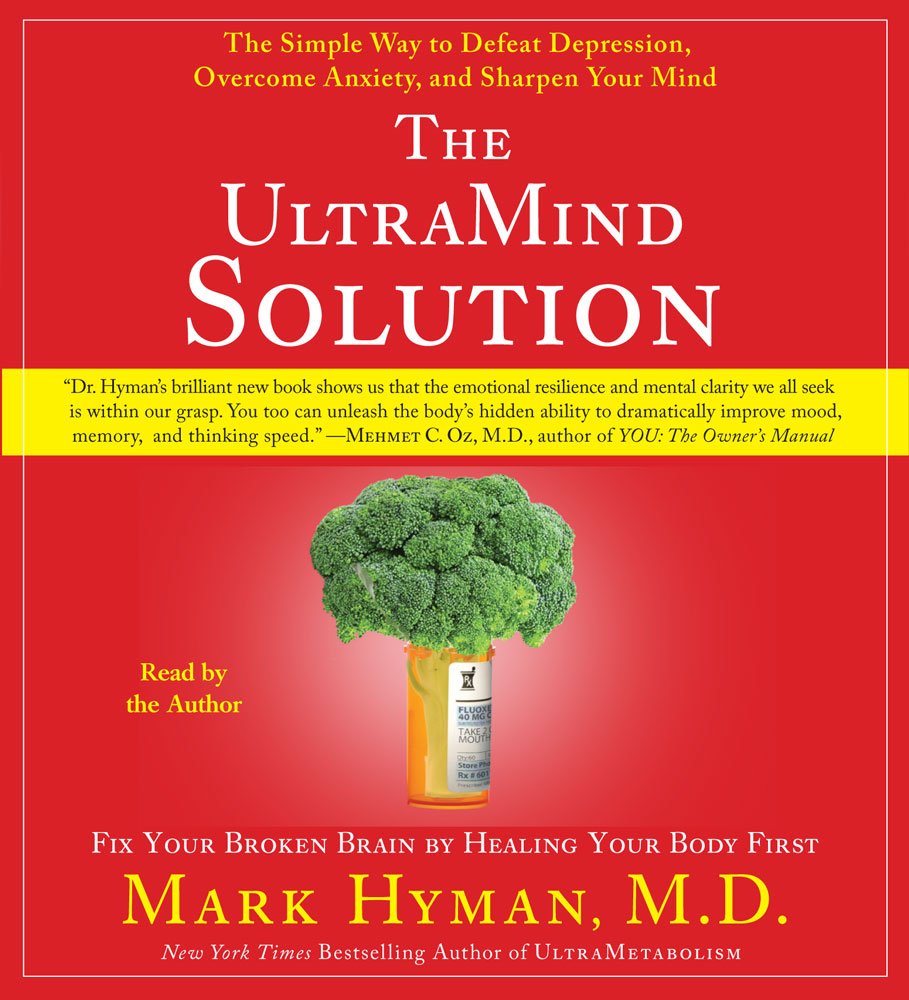 This was a book recommended to me by a friend when I suggested to him I wanted to start taking steps to improve the efficiency of my brain. Doctor Hyman explains his background as a traditional pill pushing doctor and his journey into what he calls UltraWellness. He practices a form of medicine known as ‘Mind-Body’ medicine in which he explains in countless ways in which everything is interconnected within the body, especially the mind. Dr. Hyman explains and walks you through the following seven steps in order to get your body and mind into a peak state: Optimize Nutrition, Balance Your Hormones, Cool Off Inflammation, Fix Your Digestion, Enhance Detoxification, Boost Energy Metabolism and Calm Your Mind. This is an extremely beneficial book BUT does contain some rather far-fetched claims, misinformation, and misuse of statistics for rash generalizations about global happenings. Not everything you read is true even if most of what he says is. Just use your common sense and allow Dr. Hyman to show you how to care for your brain.

View all posts by Roderick Wills

Follow The Raw, Refreshing Writings of Roderick Wills on WordPress.com